Ozone oxidation is by far the most effective water treatment process. It is also the most ecologically sound process as ozone is a natural gas that breaks down into oxygen within a short period of time.

What makes ozone this effective is its high oxidation potential (2.07V), i.e. its potential to react with other substances. The oxidation potential of ozone can be measured by the redox potential and comparing, ozone is about five times more oxidizing than oxygen and about twice as oxidizing as chlorine. Ozone has a well-documented kill rate of microorganisms such as fungus, bacteria and viruses. The high kill rate makes it possible to shorten the retention times and use smaller reaction tanks compared to disinfecting with other oxidants. In other words the investment cost for tanks and treatment plants are reduced considerably.

Apart from killing microorganisms ozone can be used to controls taste, odor and color. It can also be used for flocculation of organic material which simplifies for mechanical filtration. 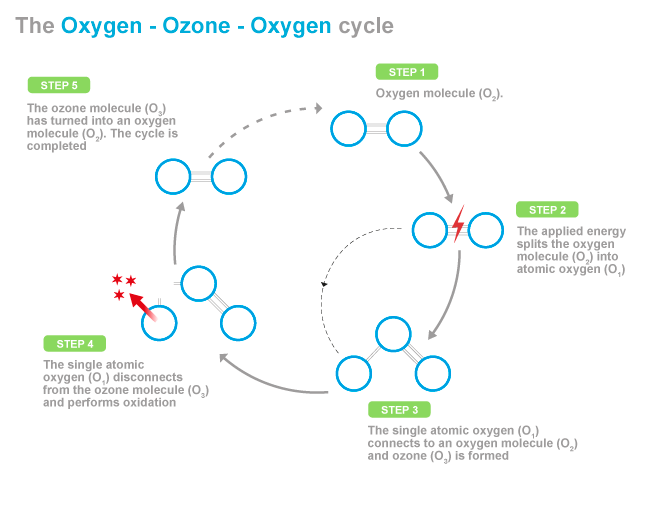