A recent pilot study on how to control accumulation of marine organisms on heat exchangers of marine vessels show that applying ozone is both effective and sustainable.

Marine biofouling, or accumulation of marine organisms on heat-exchangers for cooling systems, is a challenge in the maritime sector and has both an economic and environmental impact. Worldwide the cost of the biofouling amount to tens of billions of Euros each year.

This marine growth, often blue mussels, thrives on heat-exchangers and pipes that are in constant contact with seawater. Biofouling has an impact on both vessel safety, as it reduces the capacity of the cooling system, as well as on the protection of unique marine environments around the world. 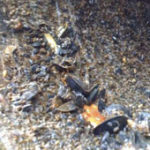 Normex, a Norwegian water treatment company, set out to develop an ozone-based biofouling prevention system for marine vessels. During the system tests, Normex validated the performance in preventing settlement of marine organisms on the inlets to the sea chest and the heat exchanger at different ozone doses. During the validation, they also monitored the formation of bromates. 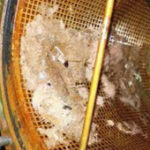 The result of the validation was quite clear – the ozone removed the existing organic growth and then kept the whole system ie sea chests, heat exchangers and piping clear from blue mussels. A constant low level of ozone is a sustainable solution both economically and environmentally.

The level of bromates generated under ozonation was more than 300 times less than what is considered to be hazardous to aquatic life.

No surplus ozone was detected in the cooling system at these levels of ozone dosage.

The project was initiated by the coordinator, Normex AS (Norway) and funded by EU’s FP7. The objective of the BioFoulControl project was to develop an ozone based bio-fouling prevention system for heat exchangers in maritime seawater coolers.

Ozone for biofouling on marine vessels