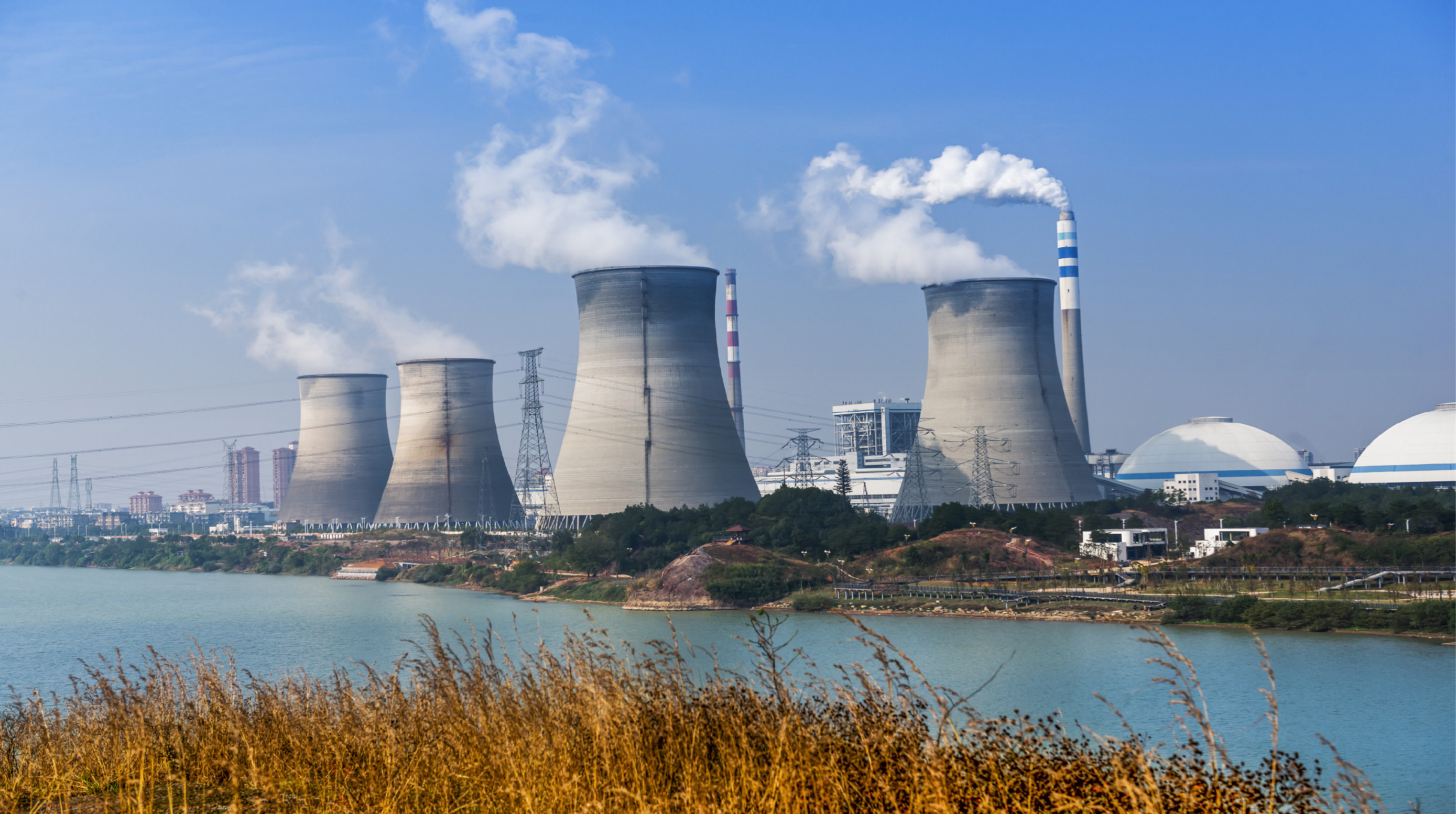 For almost 30 years, ozone has been used to remove and prevent the growth of these organisms while reducing contaminant levels (e.g. AOX and COD) through direct oxidation. Contrary to conventional halogen-based biocides, ozone does not produce unwanted by-products such as halocarbons (AOX).

Cooling systems operations entails extensive treatment as it provides an idyllic growth environment for bacteria, Legionella, algae, fungi and molluscs which can adhere to the pipeline, heat exchanger and cooling tower surfaces. Three main areas of concern are identified:

Malpractices in these areas can lead to reduced heat efficiency and potential overall system failure. Important to note that these facets must be addressed together as fixing one aspect might lead to augmented failure in the other one, an example of higher corrosion level of metals by lowering water Ph levels to inhibit scaling.

Ozone acts as one solution to all these aspects without the need to keep experimenting with different chemicals.

Why using ozone in cooling towers?

Ozone is produced on-site from oxygen gas and is introduced directly into the cooling water via sidestream injection. Ozone may also be injected directly into the cooling tower reservoir. Once it is dissolved in water, ozone proceeds to oxidise organic contaminants and microorganisms. The ozone dosing is regulated automatically by the control system of the ozone generator and varies with the water demand. Ozone, combined with suitable corrosion and scale inhibitors, provides the optimum treatment solution for cooling water.

Some of the advantages with ozone:

The key reason why Primozone ozone solution is exceptional for cooling water towers is its robustness and reliability.  It should not be acceptable any longer for operators and users to have stops in operations because the cooling system is unsafe (Legionella) or inefficient (biofouling formation).

Cooling towers environment is famous to have strict safety rules and regulations, so leakage of flammable gas into power plant environments should be avoided at all cost, here is where Primozone’s patented way of distributing the gas into the enclosure, through the gas-tight anodized aluminium framework, is a guarantee against leakages in the ozone generator.

Cooling towers are usually installed in remote locations, unless there is full-time personnel on site dedicated to the water treatment system (which is an extra expense), sending someone to site for maintenance, repair and regulation is not optimal as it takes time and involves additional costs. The Primozone system has no preventive maintenance need, and it is fully automated, hence remote monitoring and regulation is possible.

Full automation makes things easier in environments where not all the personnel is experienced in operation of water treatment equipment. Plus, the Primozone Human-Machine Interface is so user-friendly that operation and diagnostics are straightforward, even if done manually.

In the cooling towers case, the ozone system is usually to be installed in its building, so the compact footprint of Primozone technology comes in very handy. The system is so small that it might be containerised.

This building/container often has to be placed quite far from the injection point. In these conditions, the naturally high outlet pressure of the Primozone ozone gas is fundamental to be able to distribute the ozone on a long distance.

High pressure is useful also because recirculating water in cooling towers is pressurised. Unless you choose Primozone, it’s most likely not possible injecting the ozone directly in water – you must use a Venturi injector. If water pressure is above 3 bar(g) and a Venturi injector is needed in any case, with Primozone high concentration the injection system will be much smaller, much cheaper and much less energy consuming than with traditional low concentration.

Last but not least, power plants pay a low cost for electricity. Oxygen instead won’t likely be available in the immediate surroundings of the plant and might be very expensive. That’s when powering up the generator and running at high concentration can lead to significant OPEX savings.

Contact Primozone team to get your optimal concentration numbers. 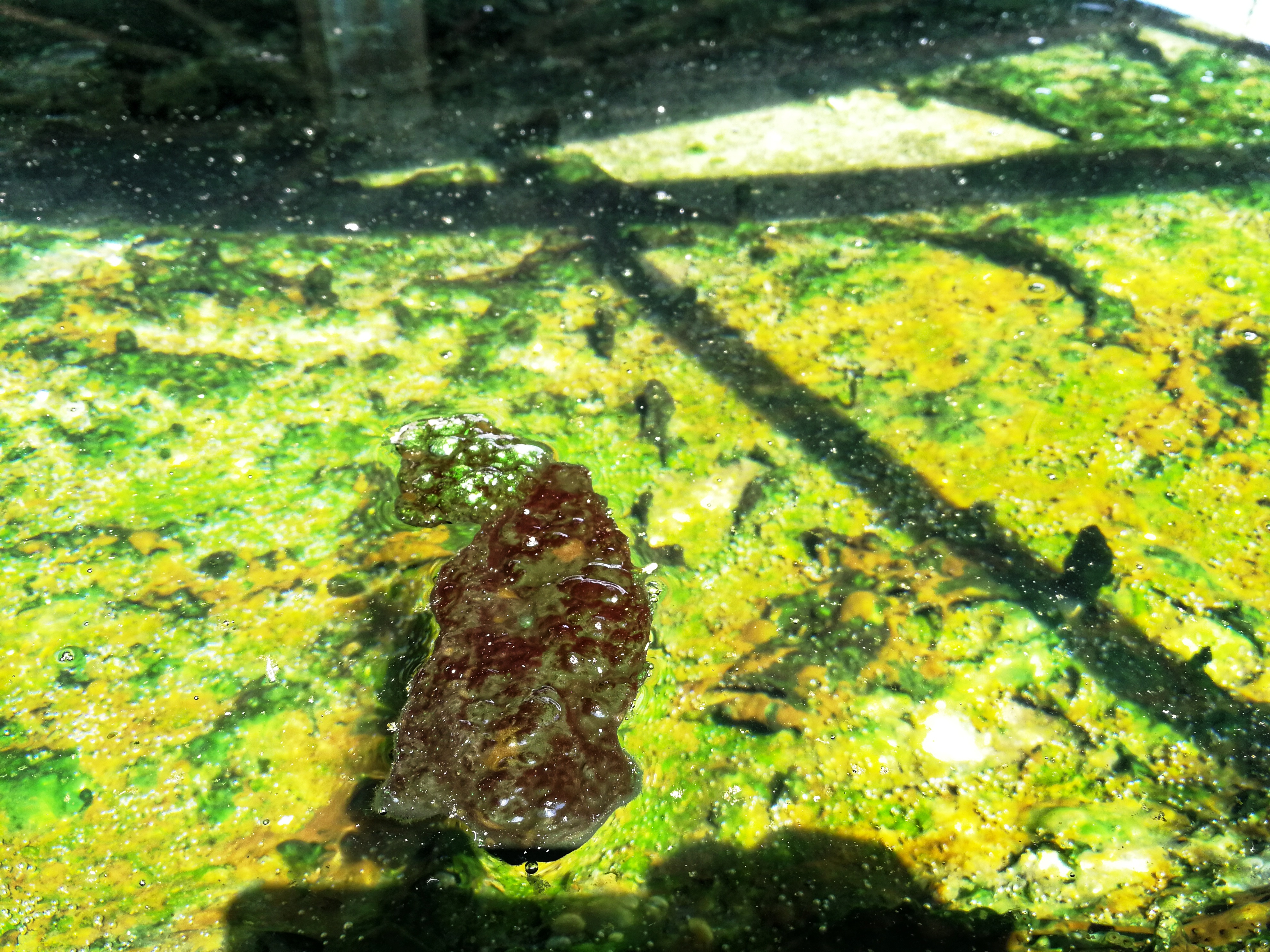 Moss and biofouling in the basin of the cooling tower.