Removal of micropollutants such as pharmaceutical residue from wastewater

Micropollutants in our waste water

Micropollutants are compounds of emerging concern that have been found in our waste water. All micro pollutants have in common that they are persistent and bioactive, examples include pesticides, hydrocarbones and biologically harmful metals (Pb, Hg, As) as well as PPCP’s (pharmaceuticals and personal care products like fragrances, cosmetics and sunscreen).

Why pharmaceutical residue in our waste water

Despite these facts, efforts are being made to reduce the effluent at hospitals. Primozone is part of a full scale project that is being conducted at the Herlev Hospital in Denmark where ozone is combined with other techniques to reduce pharmaceutical residue.

Ozone is a cost effective solution

With the Primozone ozone technology, ozone can be used to effectively remove pharmaceutical residue at a low cost. Many customers are positively surprised by the low cost per m3 water treated.

How efficient is ozone

Many studies show that up to 95% of the pharmaceutical residue can be removed with ozone, or even more depending on the dosage and retention time. A study performed by Primozone show that ozonation, preceded by filtration, will remove up to 95% removal with a 5 g O3/m3 water.

Studies also suggest that ozonation should be succeeded by sand filters to ensure an even more effective cleaning of the water. 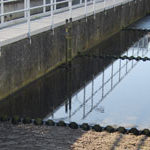 During the end of 2014 and the beginning of 2015 Primozone installed its pilot scale ozone system at 10 different wastewater treatment plants in the south of Sweden. The aim was to reduce pharmaceutical residue.

The unique approach of this study is that it was performed at 10 different waste water treatment plants with different process conditions and treatment methods as well as different population structure.

The results are unanimous with studies performed by others and confirms that ozone is a very potent solution for reduction of pharmaceutical residue (drugs residue) in waste water: up to 95% is removed.